We will always love you. 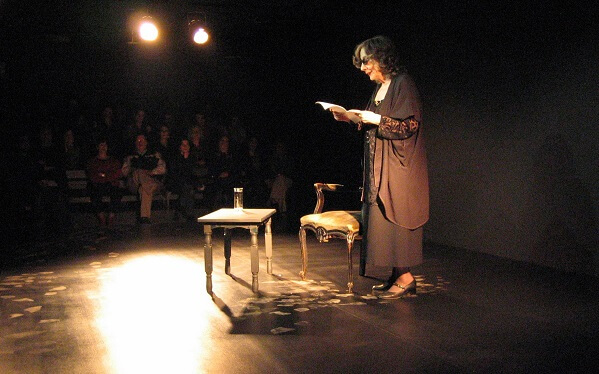 Anagnostaki Loula
Loula Anagnostaki was born in Thessaloniki. She emerged in the theatrical landscape in 1965 with the City Trilogy (The Overnight Stay, The City, The Parade), presented as a single production in Karolos Koun’s Art Theatre. In February 1967, the National Theatre staged her three-act play The Interaction, directed by Leonidas Trivizas, followed by Antonio or The Message (1972), Victory (1978), The Cassette (1982) and The Sound of The Gun (1987); they were all directed by Karolos Koun and staged at the Art Theatre. In 1990, Tzeni Karezi and Kostas Kazakos’ theatre company produced the play Diamonds and Blues, with Vassilis Papavassileiou as the director. In 1995, The Journey Away opened at the Art Theatre, directed by Mimis Kouyioumtzis. The National Theatre staged her one-act play Deep Red Sky in 1998 – directed by Victor Ardittis –, and in 2003 the play To You who are Listening to Me, with Lefteris Voyatzis as director, was presented in the New Scene of the National Theatre,.

She was married to the author and professor of psychiatry Yiorgos Chimonas and is the mother of the author Thanassis Chimonas.