Focus on Iakovos Kambanellis: THE SUICIDE 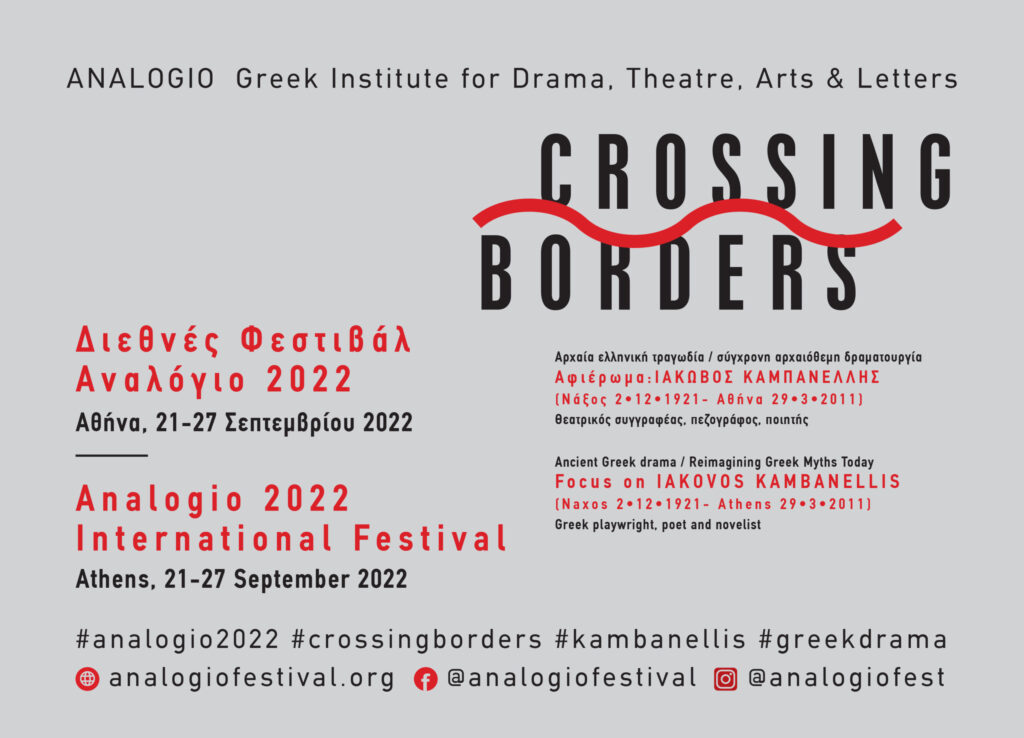 -INDUSTRIALIST B’: Can you bring him to us?

-INDUSTRIALIST  A’: I need him more than anything…!

-INDUSTRIALIST B’: He is truly god-sent…

-TITUS: But he wants to drown himself – and if he doesn’t manage to do it today, he’ll do it tomorrow, or the next day!

-INDUSTRIALIST A’: Exactly … that’s the state we want him in!

-INDUSTRIALIST A’: Don’t ask more questions now … More details will be given later. Right now, we need his suicide to happen, absolutely…! We can seriously benefit from it!

-TITUS: As you wish. What will my fee be?

-INDUSTRIALIST B’: Your reward will be more than sufficient…!

Mimikos, an honest man, works for many years as a cashier, in the dimly lit offices of a company. He is accused, through no fault of his own, of embezzlement when a small cash deficit is discovered. Unable to accept how ungrateful people can be, Mimikos decides to commit suicide. Before going ahead with his plan, he goes to a very expensive restaurant, where he offers a regular waiter a lavish meal and buys all the customers a round of drinks –without having money to actually pay for anything. In the restaurant, he gets to know a group of industrialists who offer to foot the bill. After paying for everything, the men decide to benefit from Mimikos’s suicide. The cynicism and heartlessness of the ruling class is suggested by the actions of the industrialists towards a powerless man in a miserable situation.