Tragedy/opera in two acts and nine scenes. Based on all the Greek and Latin writings used by Jean Racine, as Giorgos Cheimonas says. (First presentation of the unpublished play.)

Phaedra, descent to the Hades of Love Phaedra’s “avatar” on the planet of “another” Scythia (The Hearing) Phaedra descends to the Hades of Love, that is, she climbs on Stage! By “Stage” I mean this intangible space that is formed when the actor’s voice meets its reflection. In the palimpsest Phaedra of Giorgos Cheimonas his “fundamental discourse” turns the Tragedy and the Opera into a kind of HOLOGRAPHY. A discourse that is extroverted, three-dimensional, like the textual version of a medical scan by the seemingly ailing scientist-artist to the purported patient—viewer/listener. 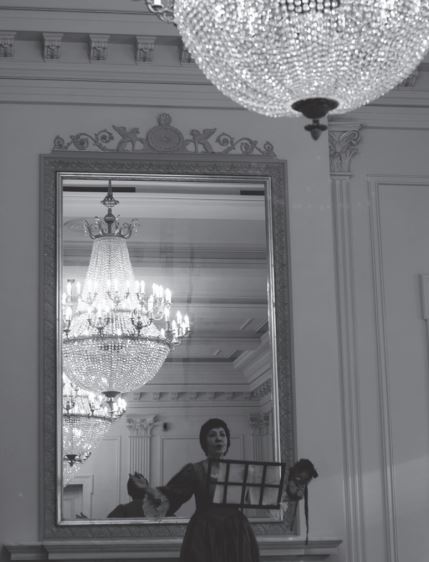 Hippolytus
If Theseus vanquished the beasts that nested
in Poseidon’s caves
and earned the God’s Grace
to have his wishes fulfilled innumerable times he was
defeated
by the formidable Foe
the monster that humiliates the immortals
and subdues the mortals:
Love, ruthless, more powerful than death
Robber of souls of gods and heroes, too
I shall defeat my own love
fighting alone in the most inhospitable,
the most desolate of exiles; there, the two of us alone
within my soul
without arms I shall disarm him
[…] and in the impossible feat, where the body is the adversary of life
I against myself, I shall prevail. I’ve learned this
from my mother the General: in the battles
with the fully-armed passions
the winner is always the defeated.