The interactive sound installation by Tom Mays accompanied the presentation of The List at the National Theatre of Greece and then at the Mues Festival of Saint Denis, Paris in June 2012 and the Sarajevo Winter Festival 2013, where the production represented Greece and earned the 1st Award for a National Participation.

After much waiting and preparation, the hero finally gets to the office and discovers that his name is not on the much-coveted list. He is not included in it, as he had hoped. Despite having prepared himself for this eventuality as well, he cannot stop himself. He seeks an explanation, loses control and his sense of space and time. He tries in vain to pull himself together and get back to normal… The bitter account of a man’s anxious effort for an identity, for integration into a new land (?). 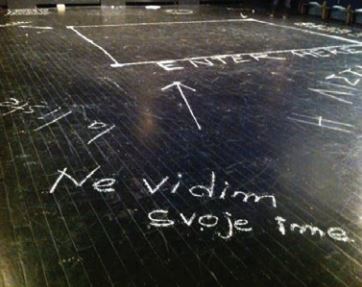 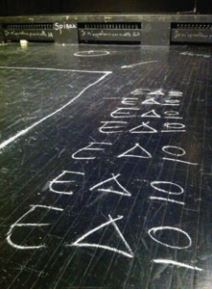